Conceived by George Hamilton when he purchased the Durand farm shortly after the War of 1812, Hamilton has become the centre of a densely populated and industrialized region at the west end of Lake Ontario known as the Golden Horseshoe.

The Hamilton Conservation Authority owns, leases or manages about 4,500 hectares of land with the City operating 1,077 hectares (2,661 acres) of parkland at 310 locations. Many of the parks are located along the Niagara Escarpment, which runs from Tobermory at the tip of the Bruce Peninsula in the north, to Queenston at the Niagara River in the south, and provides views of the cities and towns at the western end of Lake Ontario. The hiking path Bruce Trail runs the length of the escarpment. Hamilton is home to more than 100 waterfalls and cascades, most of which are on or near the Bruce Trail as it winds through the Niagara Escarpment. 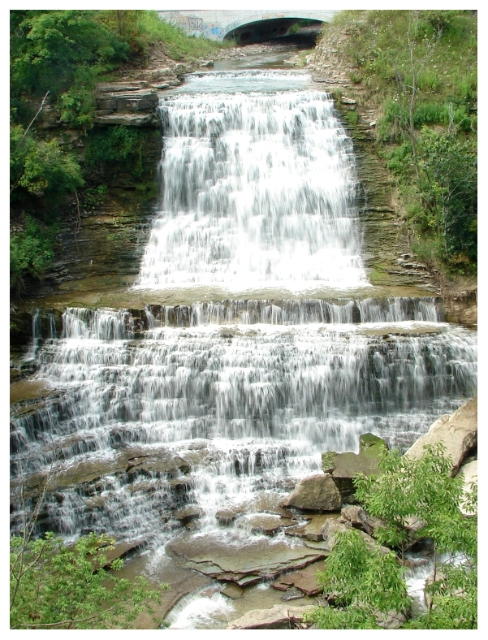