For most of its existence before its amalgamation with Hamilton in 2001, Flamborough comprised the former townships of East Flamborough, West Flamborough, and Beverly, as well as the Village of Waterdown. The largest suburban community is the former Village of Waterdown containing perhaps one third of its thirty thousand or so inhabitants. Other Flamborough communities include:Carlisle, Christie’s Corners, Clappison’s Corners, Copetown, Freelton, Greensville, Lynden, Kirkwall, Millgrove, Mountsberg, Orkney, Rockton, Troy, Sheffield, Valens, and Westover. 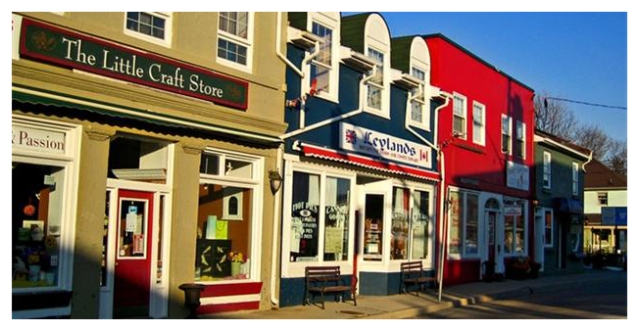 Much of Flamborough is located on top of the Niagara Escarpment; thus the Bruce Trail passes through the area. Although relatively flat in the south, a slow but steady incline is observable until reaching the Wellington County line which is the approximate height of land dividing two watersheds. The Beverly Swamp, located in the western part of the former Beverly Township, is another important physiographic area.

Notable natural attractions operated by the Hamilton Conservation Authority include:

In recent decades, Flamborough has become home to commuters and hobby farmers in the Golden Horseshoe. It has easy access to secondary highways, especially with the opening of an interchange with Highway 403 at Waterdown Road, granting easier access for traffic to/from Toronto.